Below are the novels, collections, and anthologies I’ve had the opportunity to edit.

To inquire about editing services, please get in touch. 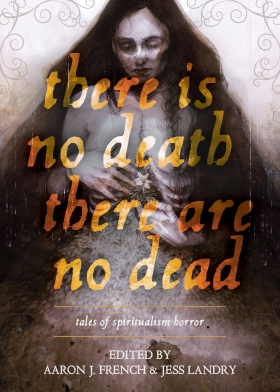 THERE IS NO DEATH, THERE ARE NO DEAD

The spirits of the dead exist, and they want to communicate.

First appearing in the late 1800s, spiritualism became a religious movement that swept the nation. Under the assumption that the dead live on in the afterlife, spiritualists believed that contact with the dearly departed was not only possible, but something those who crossed over longed for. Contact was usually made through a medium, a person who claimed to have the ability to speak with the dead.

There Is No Death, There Are No Dead is a horror anthology that tackles all aspects of the spiritualist movement: from the true believers to the nay-sayers, the hoaxes to hauntings, the real mediums to the scam artists. From ghosts to possessions, from profound loss to insurmountable grief, these short stories explore limitless genres (historical fiction, Gaslamp mystery, modern horror, and everything in between) with a diverse cast of characters challenged at every corner.

The dead are speaking. Will you hear?

THE WORST IS YET TO COME

For most of her fourteen years, Tasha Davis has languished in the rural-suburban town of Skillute, Washington. Her parents offer plenty of comfortable—if stifling—emotional support, but what she needs is a best friend.

In her final year at Clark Middle School, Tasha meets a strange, new classmate. Briar Kenny is the self-styled rebel Tasha wants to be, and the Davises are the kind of close-knit family Briar covets. A moment of unexpected violence spawns a secret between the two girls and awakens a mystery from the past.

Unknown to Tasha and Briar, their secret also attracts something monstrous from a forgotten corner of Skillute. The town is haunted by its history, scarred with the lingering spirit of broken and scattered families, abandoned real estate ventures, and old scores never settled between neighbors. But there’s more to the place than memory and legend. Beneath the landscape something malignant rages, and it will stop at nothing to find a route into the physical world. 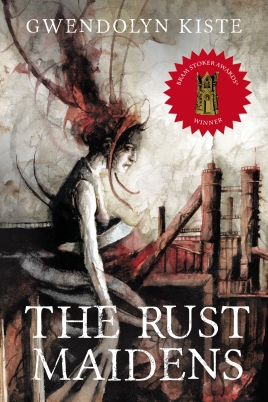 Something’s happening to the girls on Denton Street.

It’s the summer of 1980 in Cleveland, Ohio, and Phoebe Shaw and her best friend Jacqueline have just graduated high school, only to confront an ugly, uncertain future. Across the city, abandoned factories populate the skyline; meanwhile at the shore, one strong spark, and the Cuyahoga River might catch fire. But none of that compares to what’s happening in their own west side neighborhood. The girls Phoebe and Jacqueline have grown up with are changing. It starts with footprints of dark water on the sidewalk. Then, one by one, the girls’ bodies wither away, their fingernails turning to broken glass, and their bones exposed like corroded metal beneath their flesh.

As rumors spread about the grotesque transformations, soon everyone from nosy tourists to clinic doctors and government men start arriving on Denton Street, eager to catch sight of “the Rust Maidens” in metamorphosis. But even with all the onlookers, nobody can explain what’s happening or why—except perhaps the Rust Maidens themselves. Whispering in secret, they know more than they’re telling, and Phoebe realizes her former friends are quietly preparing for something that will tear their neighborhood apart.

Alternating between past and present, Phoebe struggles to unravel the mystery of the Rust Maidens—and her own unwitting role in the transformations—before she loses everything she’s held dear: her home, her best friend, and even perhaps her own body.

THE SAMHANACH AND OTHER HALLOWEEN TREATS

On one magical night of the year—when the breeze is scented with dead leaves and pumpkin, when the days have grown shorter and winter’s first touch prickles your skin—the barrier between worlds is at its thinnest, and dark magic abounds. Whether it’s the legendary trickster Jack about to acquire his first lantern, a teenage girl beginning to discover her own alluring power, or a fallen angel seeking redemption, Halloween’s sinister spell enchants all.

The four novellas and ten short stories in this collection from Lisa Morton, one of the world’s leading authorities on Halloween, bring the ancient festival’s beauty and terror to vivid life. In the Bram Stoker Award®-nominated The Samhanach, a suburban mother’s world is turned upside-down when her daughter is taken by a legendary Scottish shapeshifter. The acclaimed Hell Manor pits a professional trickster against four of the malicious Irish sidh inside a haunted attraction. Other stories offer a young 1930s blues singer confronted by the Devil, a corn maze where a boy learns the real meaning of sacrifice, a rescue worker trapped in Edgar Allan Poe’s haunted woods of Weir, and a Halloween expert (named Lisa Morton) who discovers the real truth behind the Celts’ celebration of Samhain, the precursor to Halloween.

“Now it is your turn to chew on these tasty morsels of fear, delight, horror, and optimism. These treats are now all yours to unwrap and devour. In the words of The Devil’s Birthday, you are about ‘to join the best Halloween party imaginable.’” —Nancy Holder, Bram Stoker Award®-winning author 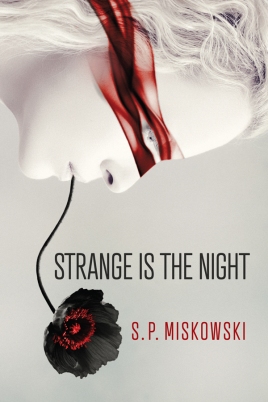 STRANGE IS THE NIGHT

Over cocktails an executive describes to a friend the disturbing history of a strangely potent guardian angel. A young mom tries to perfect and prolong her daughter’s childhood with obsessive parenting. A critic’s petty denouncement of an ingénue’s performance leads to a theatrical night of reckoning. A cult member makes nice for a parole board hearing years after committing an infamous crime.

A multiple Shirley Jackson Award nominee, S.P. Miskowski serves up an uncompromising collection of thirteen modern tales of desire and self-destruction. Strange is the Night offers further proof that Miskowski is—as Black Static book reviewer Peter Tennant notes—“one of the most interesting and original writers to emerge in recent years.”

SPEAKING TO SKULL KINGS AND OTHER STORIES

BY EMILY B. CATANEO

A ballet dancer can’t escape an unwanted suitor—even after death. Three sisters live by a strict etiquette book in an abandoned house, until one of them starts to question why. Two children venture into the treacherous forest to find their missing bird-guardian. A magician struggles to find a cure for the plague descending on her city before it’s too late.

Emily B. Cataneo’s debut fiction collection is rife with the decayed grandeur of old Europe, girls who love and loathe ghosts, and magic that comes with a price. These stories, many of which have appeared on year’s best longlists, span the gamut from soft science fiction to noir, to high fantasy and everything in between. They unfold in settings rendered both beautiful and sinister: a wintry post-Revolution Russia, a gossipy New England town, a lonely bathhouse where robots go to die.

As the characters in these tales live out their lives, from childhood to death and beyond, they search for meaning, connection, and safety, struggling to transcend their circumstances and ultimately grappling with the question: how far will they go to escape?

“Very rarely will you meet an imagination as potent and far-reaching as Emily Cataneo’s. It startles and amazes. Yet every fine-cut gem of a story presented here is firmly grounded in the human experience, in tenderness and yearning, in humor and heartache. You’ll want to stop and savor each and every one. This is unique fantasy, fresh, gripping and brilliantly realized.” — Jack Ketchum, Bram Stoker Award-winning author of The Girl Next Door and The Box 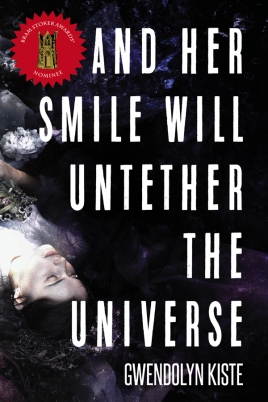 AND HER SMILE WILL UNTETHER THE UNIVERSE

A murdered movie star reaches out to an unlikely fan. An orchard is bewitched with poison apples and would-be princesses. A pair of outcasts fail a questionnaire that measures who in their neighborhood will vanish next. Two sisters keep a grotesque secret hidden in a Victorian bathtub. A dearly departed best friend carries a grudge from beyond the grave.

In her Bram Stoker Award nominated debut collection, Gwendolyn Kiste delves into the gathering darkness where beauty embraces the monstrous, and where even the most tranquil worlds are not to be trusted. From fairy tale kingdoms and desolate carnivals, to wedding ceremonies and summer camps that aren’t as joyful as they seem, these fourteen tales of horror and dark fantasy explore death, rebirth, and illusion all through the eyes of those on the outside—the forgotten, the forsaken, the Other, none of whom will stay in the dark any longer.

Nominated for the Bram Stoker Award for Superior Achievement in a Fiction Collection.

When Walt Blackmore moves into an old Gablefront house on the outskirts of a small town, things are really looking up for him—he has an adoring girlfriend, a new job, and an altogether bright future. But Walt’s destiny is irreparably changed when a dark red spot appears on the ceiling in the hallway. Bit by bit the spot grows, first into a dripping blood stain and eventually into a grotesque, muttering creature.

As the creature thrives, Walt finds himself more and more interested in fostering its well-being. At first he only feeds it stray animals, but this soon fails to satisfy the monster’s ghastly needs. It is gradually becoming something more, and for that to happen it requires human blood and human flesh. And once Walt has crossed the line from curiosity to murder, there is no going back.