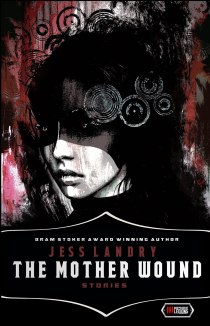 Sometimes the deepest wounds are from those we hold the closest.

In her debut collection, Bram Stoker Award-winner Jess Landry blurs the line between genres, magnifying the darkness in the spaces in between, and confronting those relationships that are nearest and dearest to us in the most horrific ways. A mother and her daughter escape Nazi Germany, boarding the Hindenburg under the promise of a new life. An abused musical protégé discovers that her rage fuels much more than her cello-playing abilities. A hardened police officer finds something unexpected in the rising flood waters of her evacuated hometown. A woman ventures out onto the sea, in hopes of finding a mysterious mist where the dead roam freely. A strange tar infests the home of a young girl, swallowing everything in its wake, including her mother. Two broken women form a tragic bond while searching for a missing person in the dead of winter.

No one is safe within the pages of The Mother Wound.

Dim Shores Presents is a new bi-annual anthology series spotlighting some of the best new writing in speculative fiction. Weird horror, strange science fiction, and dark fantasy rub shoulders with each other here, weaving a tapestry of uncanny beauty and fearful wonder. 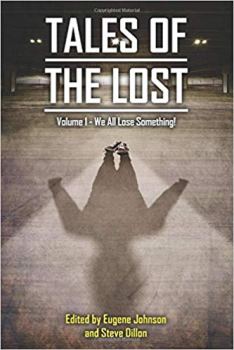 TALES OF THE LOST VOL. 1

We all lose something… We lose many things during our time in this universe. From the moment we are born we start losing time, and loss becomes a part of our life from the beginning. We lose friends (both imaginary and real), loved ones, pets, and family. We gain stuff and lose stuff, from our socks to our money. We can lose our hope, sanity, passions, our mind, and perhaps even our soul! In the end when death finds us, we end up losing everything… Don’t we? “Tales of the Lost” takes a dark look at the things we lose and the ghosts we struggle with. Featuring haunting stories from critically acclaimed masters of horror F. Paul Wilson, Tim Waggoner, Lisa Morton, Yvonne Navarro, David Wellington, Lee Murray, Stephen Graham Jones, Jess Landry, John Palisano, Chris Mason, Paul Moore, Eric J. Guignard, Jeff Strand, Ben Monroe, Christina Sng, and Kevin J. Anderson. With an introduction by S.G. Browne and a specially commissioned cover by Francois Vaillancourt. Also featuring interior artwork from horror master Luke Spooner! 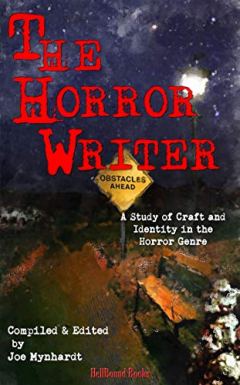 We have assembled some of the very best in the business from whom you can learn so much about the craft of horror writing: Bram Stoker Award© winners, bestselling authors, a President of the Horror Writers’ Association, and myriad contemporary horror authors of distinction.

The Horror Writer covers how to connect with your market and carve out a sustainable niche in the independent horror genre, how to tackle the writer’s ever-lurking nemesis of productivity, writing good horror stories with powerful, effective scenes, realistic, flowing dialogue and relatable characters without resorting to clichéd jump scares and well-worn gimmicks. Also covered is the delicate subject of handling rejection with good grace, and how to use those inevitable “not quite the right fit for us at this time” letters as an opportunity to hone your craft.

Plus… perceptive interviews to provide an intimate peek into the psyche of the horror author and the challenges they work through to bring their nefarious ideas to the page.

And, as if that – and so much more – was not enough, we have for your delectation Ramsey Campbell’s beautifully insightful analysis of the tales of HP Lovecraft.

Shallow Waters—where nothing stays buried. With 25 dark tales diving beneath the surface of life, death, and the pain between them. Shallow Waters is the official monthly flash fiction challenge hosted by the award-winning Crystal Lake Publishing.

TWICE-TOLD: A COLLECTION OF DOUBLES 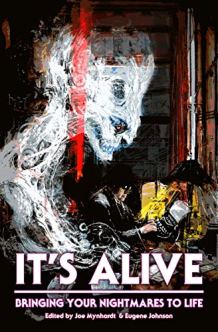 Book two in Crystal Lake Publishing’s The Dream Weaver series picks up where the Bram Stoker Award-nominated Where Nightmares Come From: The Art Of Storytelling In The Horror Genre left off.

It’s Alive: Bringing your Nightmares to Life focuses on learning the craft in order to take your story from concept to completion.

With an introduction by Richard Chizmar and cover art by Luke Spooner. Featuring interior artwork from horror master Clive Barker!

Discover the lost supernatural stories behind some of the most famous people and events in history.

These Fantastic Tales explore the secret history that has been hidden in the shadows of the world, and even alternative histories from other worlds. Tales such as a young man seeking the secret of immortality from none other than Bela Lugosi. The tragic story of how the Titanic really sank. The horrifying lengths the people of New York city would go to raise above the Great Depression, rather in seeking fame or trying to feed the city. And many more Fantastic Tales of Terror.

MONSTERS OF ANY KIND 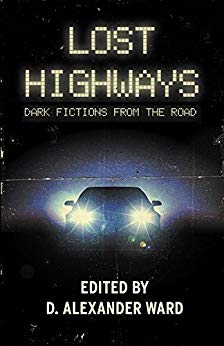 It’s dangerous out there…on the road.

The highways, byways and backroads of America are teeming day and night with regular folks. Moms and dads making long commutes. Teenagers headed to the beach. Bands on their way to the next gig. Truckers pulling long hauls. Families driving cross country to visit their kin.

But there are others, too. The desperate and the lost. The cruel and the criminal.

Theirs is a world of roadside honky-tonks, truck stops, motels, and the empty miles between destinations. The unseen spaces.

And there are even stranger things. Places that aren’t on any map. Wayfaring terrors and haunted legends about which seasoned and road-weary travelers only whisper.

But those are just stories. Aren’t they?

Find out for yourself as you get behind the wheel with some of today’s finest authors of the dark and horrific as they bring you these harrowing tales from the road.

Tales that could only be spawned by the endless miles of America’s lost highways.

So go ahead and hop in. Let’s take a ride.

Proudly represented by Crystal Lake Publishing—Tales from the Darkest Depths.

Four scary tales told by Next Great Horror Writer finalists and woven together by a trek through the woods you’ll never forget.

Features my story, “When the Wind Leaves a Whisper.”

WHERE NIGHTMARES COME FROM

THE ART OF STORYTELLING IN THE HORROR GENRE

Book one in Crystal Lake Publishing’s The Dream Weaver series, Where Nightmares Come Fromfocuses on the art of storytelling in the Horror genre, taking an idea from conception to reality—whether you prefer short stories, novels, films, or comics. 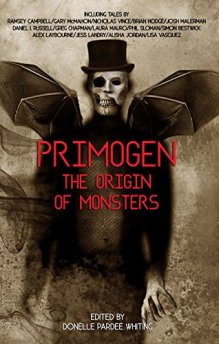 PRIMOGEN: THE ORIGIN OF MONSTERS

Eighteen of your favorite authors take you on a trip to discover the reinvented “Origin of Monsters”. Meet the primogeniture from each horrific bloodline as told from creative minds like Ramsey Campbell, Nicholas Vince, Josh Malerman, and more.

ALLIGATORS IN THE SEWERS

Suzie Lockhart and Digital Horror Fiction are thrilled to present 32 chilling tales of terror from some of the best authors in horror. Killing It Softly includes stories from New York Times best selling authors Nancy Holder and Elaine Cunningham, together with more shocking short nightmares from the finest award winning female writers in the genre.

Your heart won’t stop pounding as you dig into the pages of this book; from the moment you immerse yourself in the first tale, about a women waking to find herself inside a coffin, buried alive, until the last, a coming of age story about a sixteen-year-old’s journey of self-discovery amidst all hell breaking loose. You’ll find your proof that women can, indeed, do a wicked dance between science fiction and horror as they penetrate your darkest thoughts, to bring forth stories promising to leave you with a lingering anxiety you can’t seem to shake. Any romantic notions of vampires will be crushed, and dark and twisted plots will confirm definitively that females can even write about zombies. We dare you to read stories that will leave you deeply disturbed, and some that will slice into your very soul. It wouldn’t be horror if there wasn’t an ode to Edgar Allen Poe…we have two masterfully written tales. There are stories off the odd and unusual, stories that take a perilous dive into worlds of disturbing shadows, and there’s even an exorcism””in a tale that daringly addresses the heartbreaking disease that is alcoholism.

Enter at your own risk…

Available now through Amazon US and Amazon Canada!