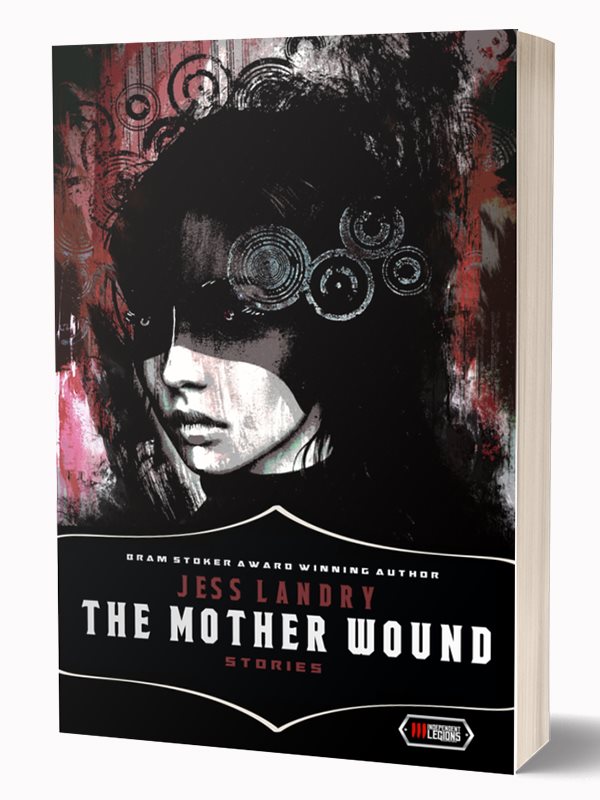 Happy Book Birthday to my first collection of horror stories, The Mother Wound! This collection spans the past six years of writing, from the very beginning to the most current — I’ve written two new stories and one novella just for this release.

Sometimes the deepest wounds come from those we hold the closest.

In her debut collection, Bram Stoker Award-winner Jess Landry blurs the line between genres, magnifying the darkness in the spaces in between, and confronting those relationships that are nearest and dearest to us in the most horrific ways. A mother and her daughter escape Nazi Germany, boarding the Hindenburg under the promise of a new life. An abused musical protégé discovers that her rage fuels much more than her cello-playing abilities. A hardened police officer finds something unexpected in the rising flood waters of her evacuated hometown. A woman ventures out onto the sea, in hopes of finding a mysterious mist where the dead roam freely. A strange tar infests the home of a young girl, swallowing everything in its wake, including her mother. Two broken women form a tragic bond while searching for a missing person in the dead of winter.

No one is safe within the pages of The Mother Wound.

Snatch it up now on Amazon!